Here are the final two detachments of Minotaurs to accompany my Chaos Marines.

They will most likely be fielded as part of a "Daemonic Company" alongside my Trolls. Quite why Minotaurs and Trolls make up a Daemonic Company is beyond me, but I don't write the rules. 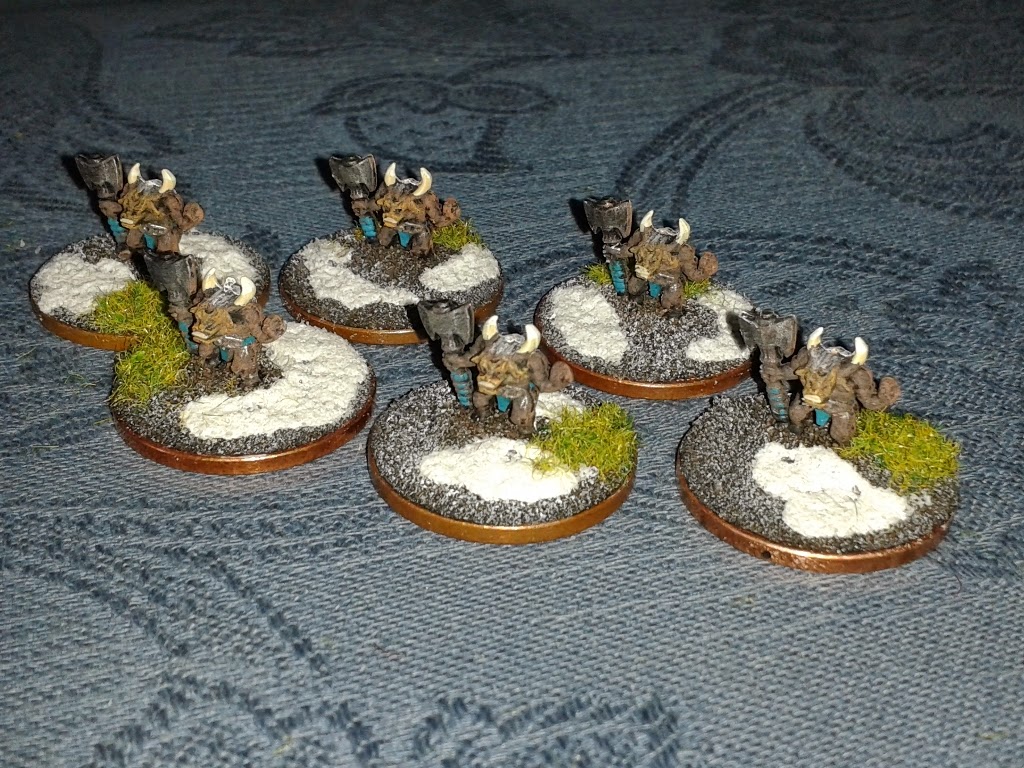 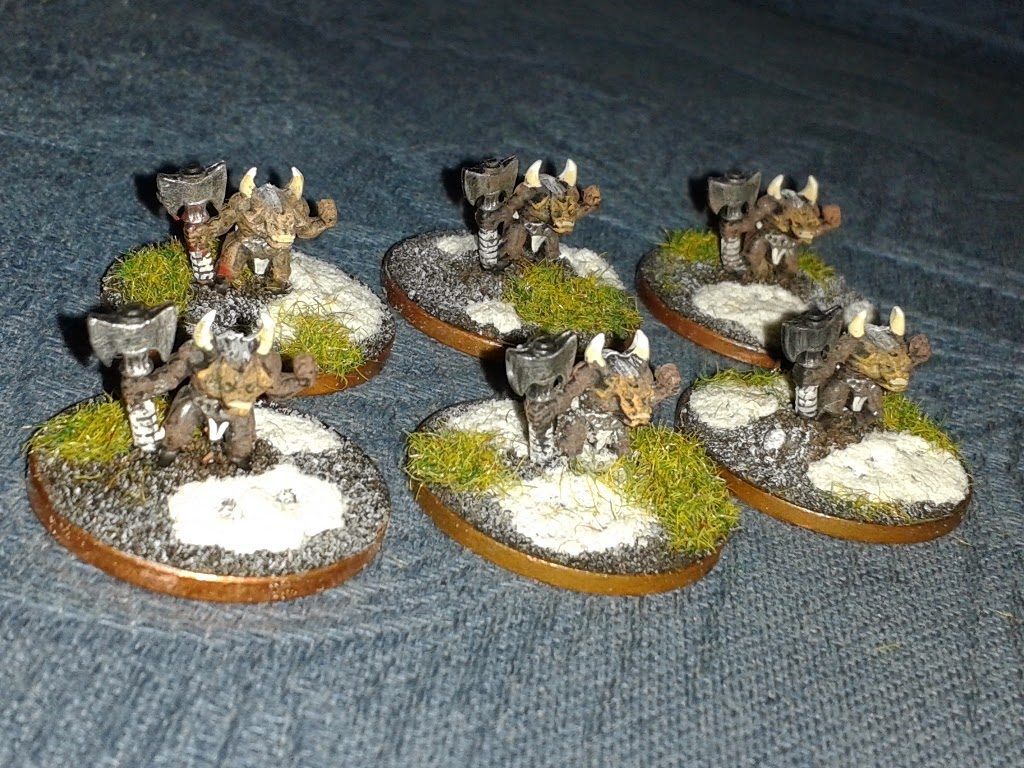 In my next post, I'll show some of the work I've been doing to kitbash some Death Wheels.

Other Epic: Chaos-related stuff
Posted by Dean Kelly at Wargames Wasteland at 01:10