These models are a complete kit-bash from bits of scrap.

I started by glueing some standard round bases together. First up were 3 x 40mm bases (two bases aren't broad enough to accommodate the tracks). Then glued into the center of those were 2 x 25mm slottabases. I then attached some spare Imperial Guard Chimera track around the outside edge: 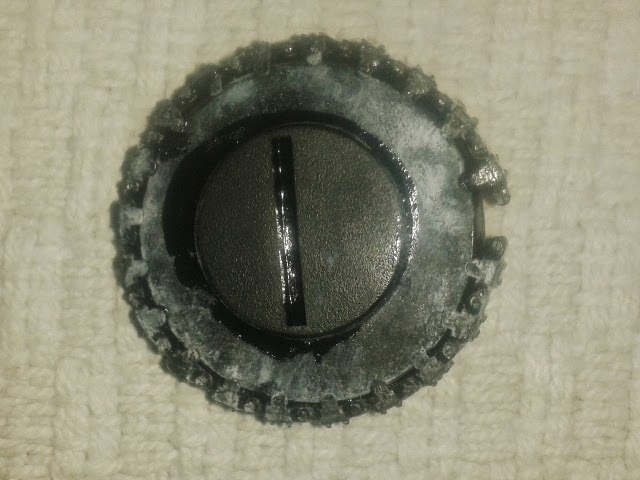 The fact that the track doesn't meet up on the right of the photo is irrelevant as that's going to be the bottom of the model and will be obscured by the base.

Next, after a rummage in my bitz box, I turned up some old W40K Chaos Weapons sprues and a few nuts & bolts. These were attached as follows (the ammo box is being used to represent a void-shield generator):

Lastly, I cut some thick plasticard to make bases and used a bit of milliput to create some ripped-up earth. I used another bit of spare track to make an impression in the putty behind the models so as to show the damage caused by these rolling behemoths. Some PVAed on sand covers the rest of the base: 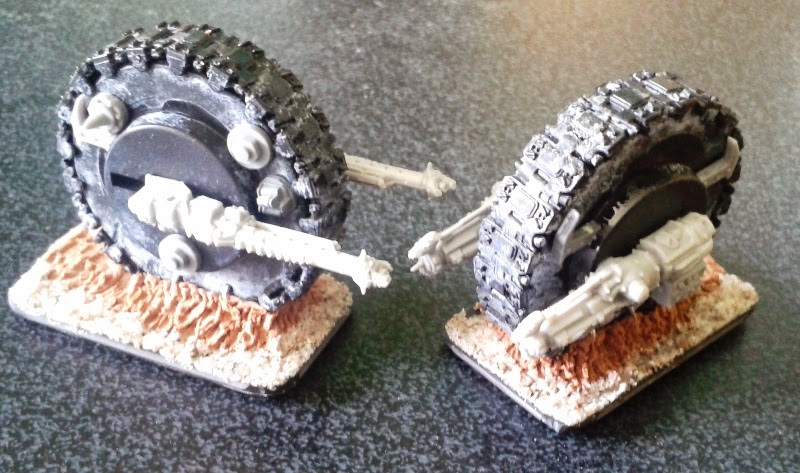 Very simple and very, very easy to build. I'll follow up this post with another in a short while to show them painted.

Other Epic: Chaos-related stuff
Posted by Dean Kelly at Wargames Wasteland at 04:20