I'm not going nearly fast enough - there's no way that I will complete renovating this model in 2018.

From that perspective, I will fail my New Years' resolution.

However, at least it has left its box and is being worked on now. I'll keep plugging on until it's done.

Over the last week I turned my attention to refinishing the model's head. 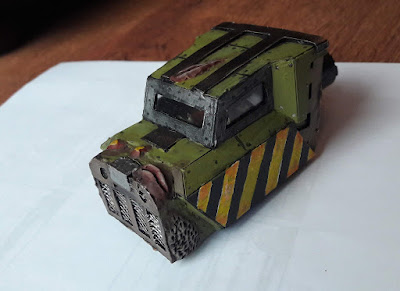 This has involved adding some detail (Nurgle's rot, some gashes etc.) with greenstuff and a repainting job. The crew are sealed inside so they haven't been touched, but that's no biggy IMHO. 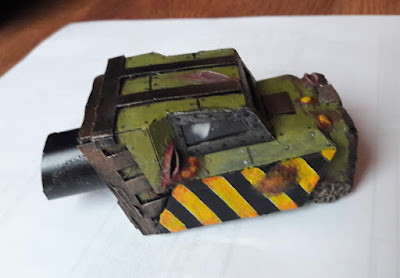 I had a choice to make when working on this fella. The head was already one of the most detailed parts of the model in terms of construction. Did I want to model more detail (like armour plates) or not? 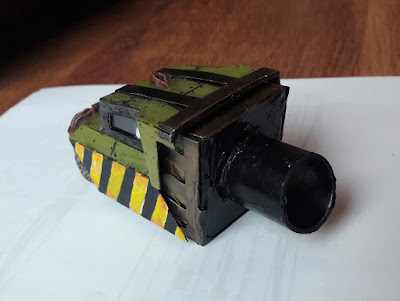 I elected "not". But when I'd finished "rotting it up" I felt that it could have benefitted from a few more bits, so I painted on a few panel-lines here and there. It worked, I think. 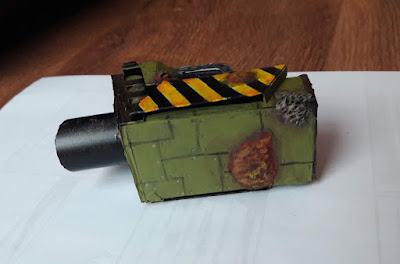 And this is what it used to look like before the renovation: 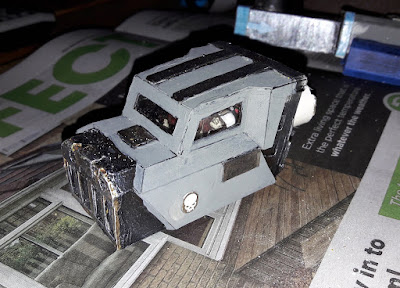 More Titan stuff:
Posted by Dean Kelly at Wargames Wasteland at 03:27 No comments:

Following on from my previous post about small hills, I thought it might be good to make some big ones!


And an experimental cliff as well: 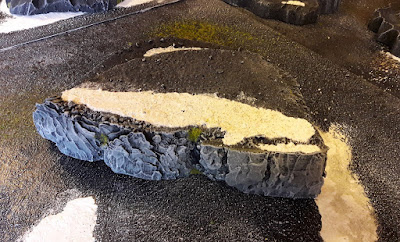 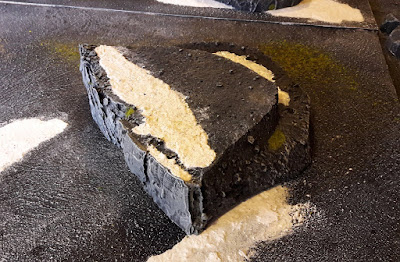 The cliff is basically a 2-tier hill, but the "cliffy-bit" has been made from tree bark, PVA'd on, filled with decorator's caulk and painted up. It's an experimental item - I'm not sure if I like it. The bark works well as rock, I think, and it's certainly sturdy enough. I think if I build more, I'll pay more attention to the view of the extreme ends as seen from the cliff-side. At present it's just a random-looking oblong of rock that seems to be there for no particular reason.

Posted by Dean Kelly at Wargames Wasteland at 07:05 No comments:

As you are all no doubt aware, Armiger Helverins come in pairs. So...

...following on from my recent post about this dude, it won't come as a surprise that I have another one to show off: 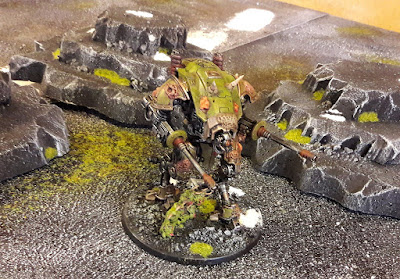 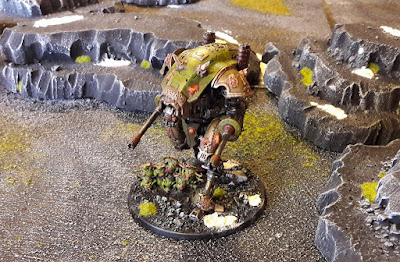 I've finally got around to completing the remaining seven tiles for my games table project! 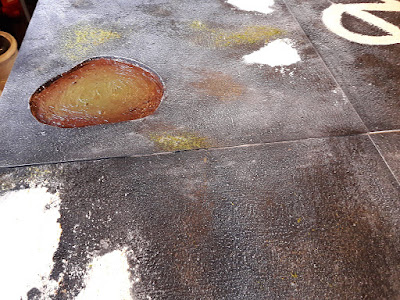 And - the best bit - I'm only halfway through (previous statements about having completed the work notwithstanding) because all of these tiles are built to be DOUBLE-SIDED!! 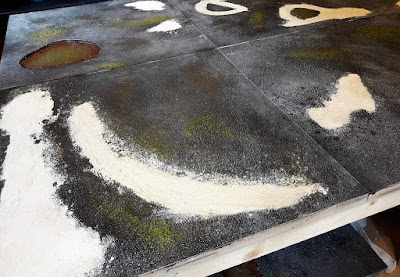 So each flat file, has a depression on the other side for a river section, for example. If you go right back to my first post on tile design, you'll see how it will work. 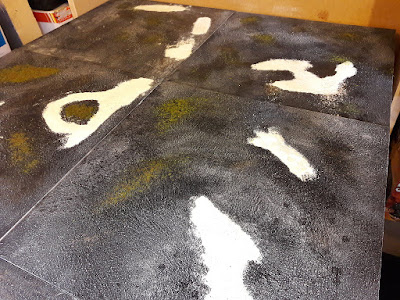 So, now it's time to flip them all over and do it all over again with a more traditional "grass" finish.