I almost forgot this guy!

When I realised I hadn't photographed this model, he ended up set to one side as all the weapons were put away.

Anyway - I stumbled across him a few days ago and decided to right that wrong. 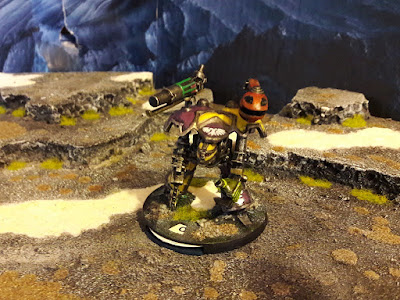 Posted by Dean Kelly at Wargames Wasteland at 05:15 No comments:

You gotta love a Zombie.

Well, I guess it's not actually compulsory, but still...

This is the final batch of Zombies for my Undead/Vampire Counts army. These guys are presented here as a unit, but really form part of the first Horde I've ever painted.

I've never been too sure of the value of Hordes. When you consider the trade-off in the monetary expense of purchasing a large number of models, each of which is actually very weak on the table, combined with the large amount of effort in assembling and painting them all it's always left me dubious of making that sort of investment.

However, when you rank them all up (which I'll do in a later post) they do look impressive and very imposing! 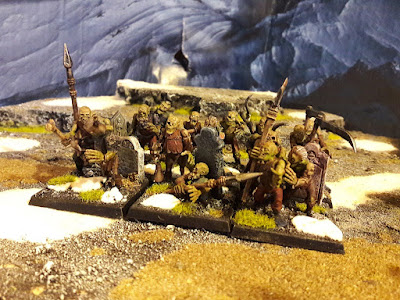 Wow - I didn't realise it was March when I last produced anything for this army.

Anyway - in a mad burst of activity, I've blasted through all my remaining Zombies which I'll present in three posts; this one, the remaining models, and the whole lot as a horde.

I've loved working on these models, which was unexpected.

There were two things that put me off:


So I wasn't really expecting to enjoy the process of churning out (all told) about enough bases to represent 100 models. 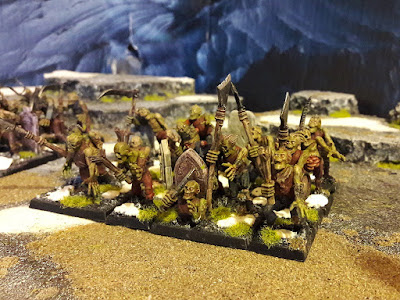 The remaining four models pictured below complete the team.

A Blocker, a Stormvermin (a.k.a. a Blitzer) and two Throwers round out the squad nicely:

My Skaven Blood Bowl team continues to grow with the addition of four more models - this time it's a group of Gutter Runners (Catchers).

The team was bought as a boxed set many years ago and the team membership isn't necessarily ideal as it simply consists of what was in the box when they were bought. I haven't yet got the playing experience to determine the best balance of models but four catchers might be less than ideal. 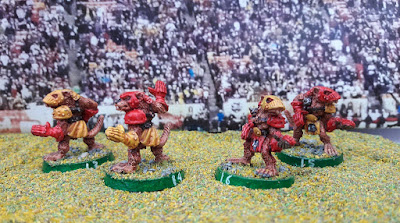 As I mentioned in my last post about these guys, the lineup of this team was entirely determined by what happened to be in the boxed set when I bought it. As a result of that I have a total of eight linemen, and these guys are the remainder of them. 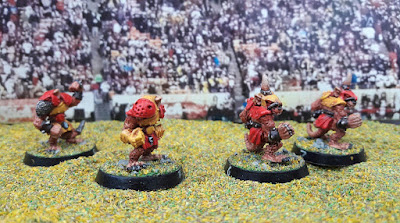 The Knights of Nurgle march forth - it's a good job you can only see them and that the internet doesn't yet (though I believe it's intended for the next release of the iPhone) carry smells! 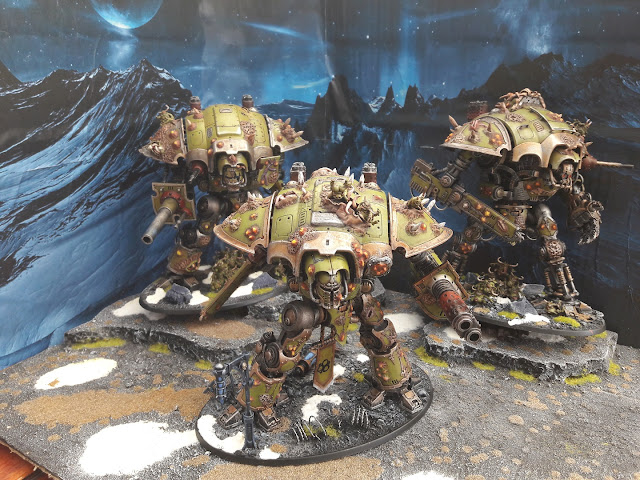 The third and final knight for my Renegade Knight army is complete.

I've built this one once again from an eBay purchase and there were bits missing. The autocannon is missing its mount so is just glued in place and the shield is absent.

The missile pod on the carapace was entirely built by me as a showcase for how poor my sculpting skills are. Still,  it does the job. 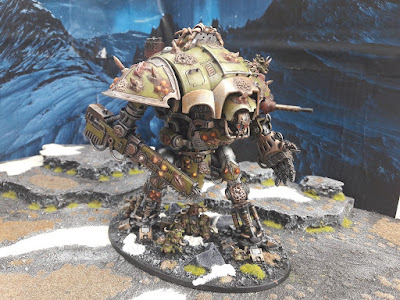 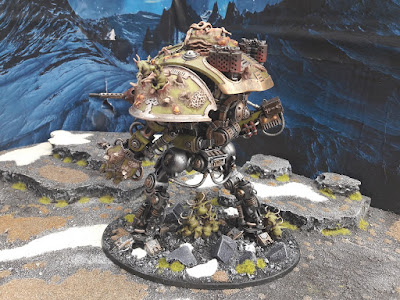