I'm having a ball working on these conversions. I'm no sculptor (I'm sure you can tell!) but I'm really enjoying the business of layering up the various layers to make 3D amendments to models. It's not something I do very often and I do tend to get a bit nervous about it but I'm having fun so I will keep going.

It's difficult for me to decide how far to go. GW/Citadel have produced these highly detailed, intricate models. I can't hope to match the skill of the original ladies & gents that had a hand in designing and modelling them, so I don't want to go too far with my own crude sculpting, but by the same token I do need to try to represent the Chaos and Corruption of the plague god so I can't pull it back too far.

Constructive criticism is welcome - especially if you have an idea for a feature that I can add to the model besides the buboes/ruptures/etc. that I've already done. 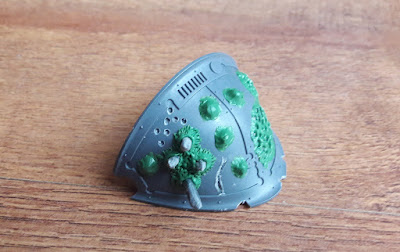 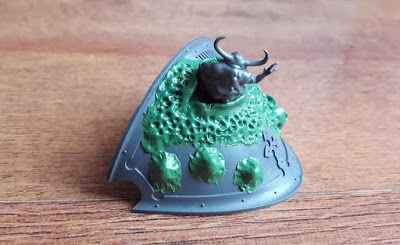 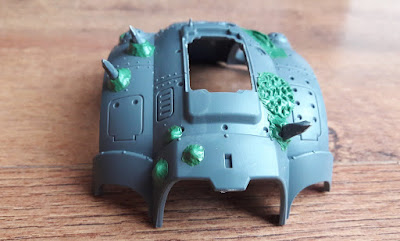 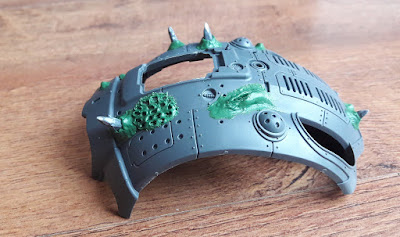 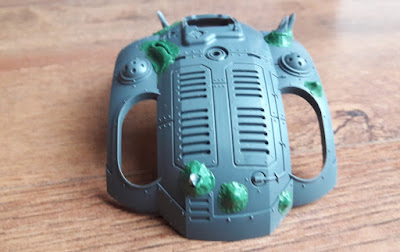 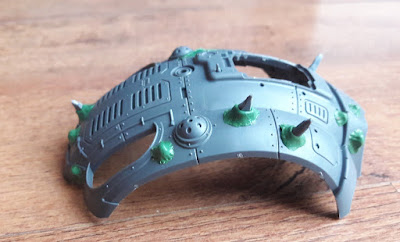 I have made a tentative start on corrupting one of my Imperial Knight models.

I have very little in the way of skills with green-stuff which is kind-of the point of doing this exercise - I intend to go totally mental with it in order to try and force myself to improve.

So I've kicked things off by adding a few details as follows:

I'm not done with this lot yet. I want to add more detail (I need to work out how to sculpt some maggots for a start-off), Nurglings and all sorts of claws and flesh-effects.

It's a tentative start so far, but I'm happy enough. It's obvious already that this project is going to take a while from start to end.

I present here another small unit of Zombies.

I've followed the same practice as in my previous unit of mounting a mixture of 2- or 3 zombies on 40mm bases with a few Renedra grave markers scattered amongst them.

I think the not-ranked-neatly approach works well for Zombies. I'll probably do the same for my Ghouls, but they're a way off yet. 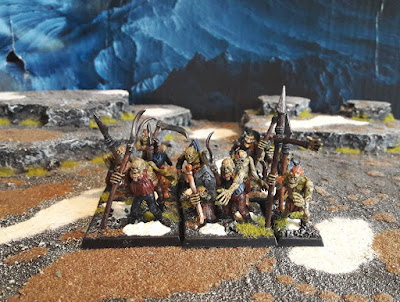 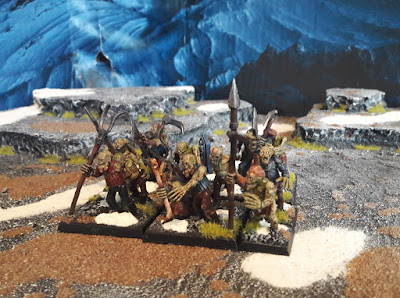 I did it again.

Instead of staying focused on the various projects I was already working on, I started another one.

"What a maroon!" as Bugs Bunny might have said.

So what am I up to this time? Well, I bought three Imperial Knight models off some nice people on eBay and I'm planning to go mental with Green Stuff and turn them into Knights of Nurgle.

I bought this guy, who was a BNIB still on sprues chappy. I'm not quite finished building it: 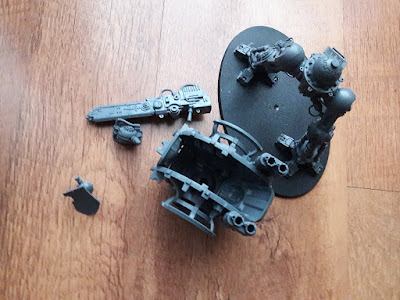 And this guy who was partially constructed. Only one problem - the carapace-mounted multi-launcher is missing. I might have to get creative (it's more fun than just buying from a bitz store): 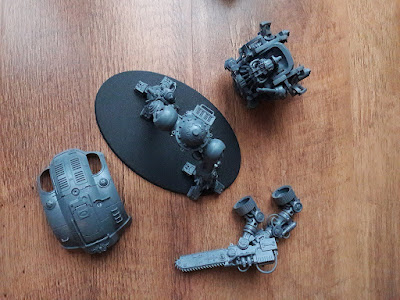 And this guy. Fairly nicely painted - looked promising on the photos. I would have repainted him anyway, but that's not the point. The point is that I should have looked closer at the photos. The person who built it, did a nice job with one exception. They glued the fully constructed, painted-before-they-glued-it-together legs and torso the wrong way around so his chest was facing backwards. I had to hacksaw it in two. 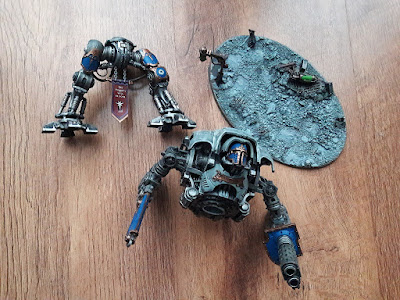 I'm looking forward to building and getting creative with this bunch. It will test and hopefully force me to improve my sculpting skills and should be a good laugh to boot! 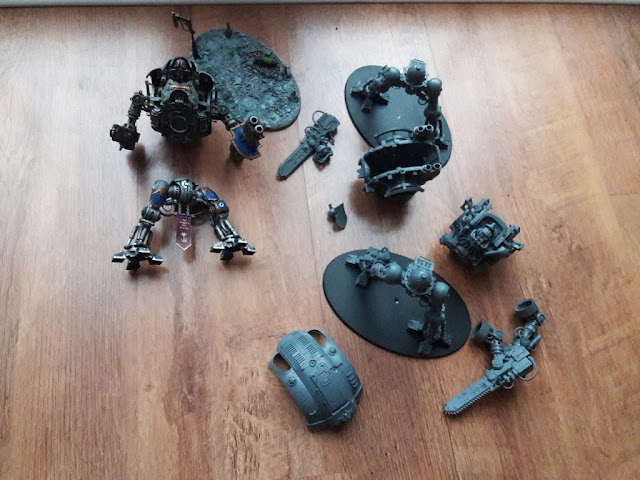 Just before I completely derail myself again by starting a project that is going to detract from the projects I'm already working on, I thought I'd test my willpower by completing a couple of the jobs I'm actually supposed to be working on.

So I have a unit of Veterans here for my 6mm  Ultramarines, and I'm hoping to next complete a unitof Zombies for my Undead.

Then I will fall off the "I've been behaving myself for a while by staying 'on-task'" bandwagon by starting something I've been resisting for a while. Nurgle Knights for 30K/40K.

It will entail going totally nuts with greenstuff and developing/testing my sculpting skills to the limit, but it should be fun. 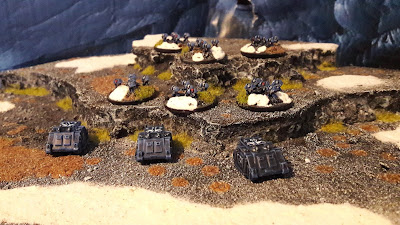 Posted by Dean Kelly at Wargames Wasteland at 05:35 No comments: