Orcs to the left of me,
Nazgul to the right,
Here I am,
Stuck in Middle-Earth again...

Anyway - I've picked up the "Battle of the Pelennor Fields" set. First thoughts: It's a terrific value-for-money deal. There's something like £180 of content (if bought separately) for £90 retail.

One of the items in the set is the Witch-King of Angmar on Winged Beast model.

But on the same sprues, in case you didn't want to mount the Witch-King on the beast, you also get bits allowing you to build a regular(!) Nazgul. So, if you happen to have a spare horse lying around (which I did) and feel like doing a little hacking and bending, you get a free Black Rider. 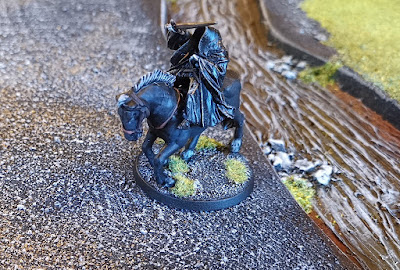 More Mordor stuff:
Posted by Dean Kelly at Wargames Wasteland at 07:27 No comments:

I'm back in Middle Earth for only the second time ever.

I've decided that I'm going to put together a small number of bits & bobs for ME:SBG this year. The setting is a new venture for me but I'm totally sold on it at the moment. On my current list of "things I'd like to do" are:

So, I've always fancied a Horde army and Moria Goblins are nothing if not a Horde. I'm taking this as an opportunity to try - for the first time ever - the dipping technique. 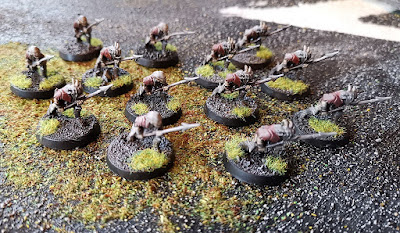 Posted by Dean Kelly at Wargames Wasteland at 08:19 1 comment:

Another step out of my Fantasy/Sci-Fi comfort zone brings me to World War II and the "Bolt Action" game by Warlord Games.

I decided last year in (another) fit of madness that my cupboard of shame wasn't already overflowing enough and I picked up the starter set and a German Grenadier expansion set.

I have made a tentative plan that this year I will try to concentrate primarily on the following projects:


There will no doubt be other distractions along the way as the whim takes me, but I'm going to try to focus on those. That gives me one Sci-Fi, one Fantasy and one Historical project (plus the Titan).

That should be enough, right?

Anyway, here's my first offering towards the Bolt Action Germans: 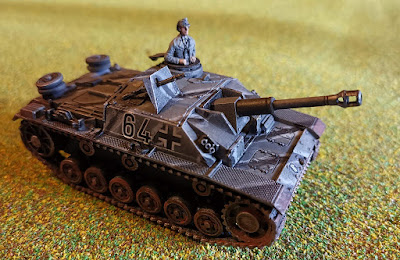 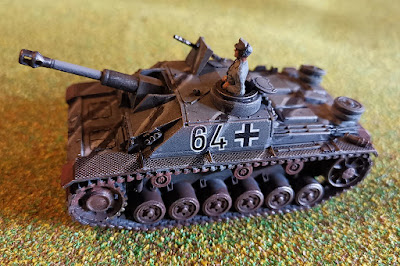 And here we go with the statement: