It took some doing, but I've completed the Deathshroud unit I decided to build and paint for the "Random Army Challenge" over on MeWe.

If you recall from my previous post, I  had an old unit of plastic terminators and some Forgeworld Manreaper scythes that I was going to hack together. Some greenstuff would be added to scabby them up a bit.

So I did, and this is what I ended up with:
Individually, they look like this: 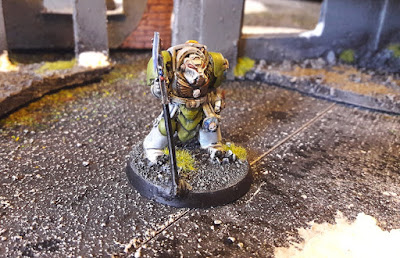 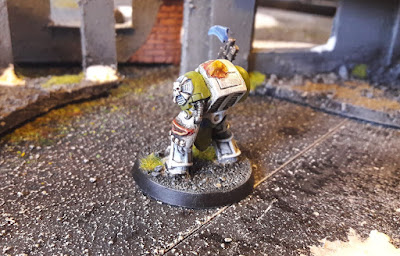 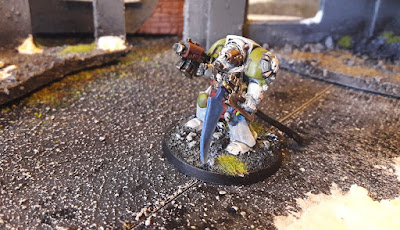 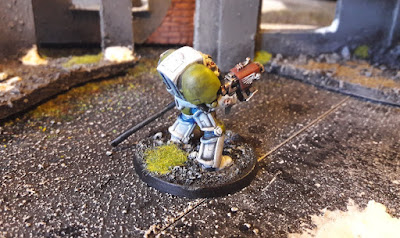 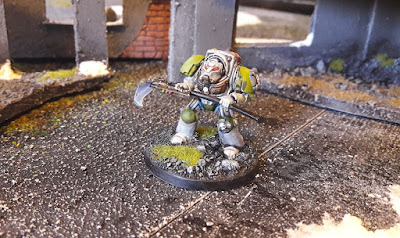 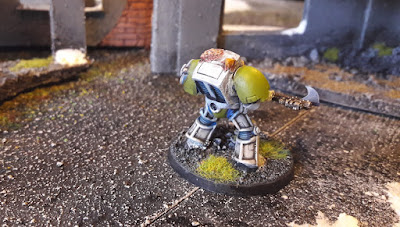 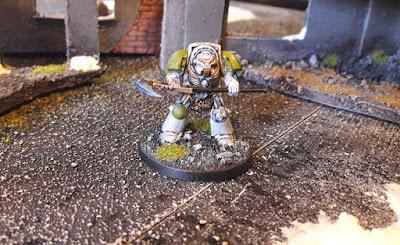 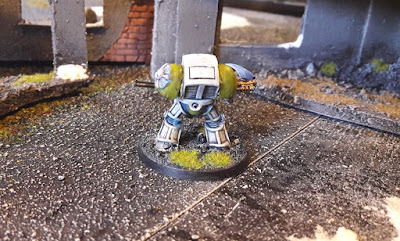 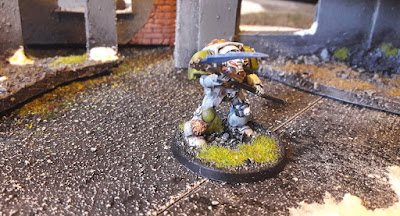 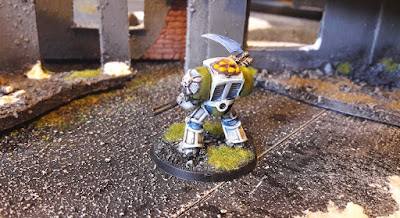 These guys are a bodyguard unit for the Death Guard Primarch, Mortarion. So here they are with the boss-man (it's a "counts-as" model rather than the Forgeworld original): 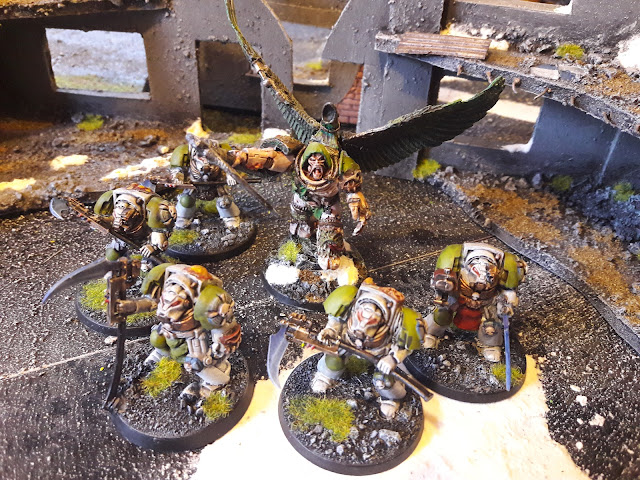 This one took me by surprise.

Historically, like a lot of other people, I tended to share a lot of my blog posts over on Google+. With the impending demise of the G+ platform, many of us have migrated over to MeWe.

So, I'm happily burbling along, painting stuff, posting stuff and sharing stuff and I receive a message inviting me to participate in an event on MeWe called the "Random Army Challenge".

The basic idea is you pick something 40K-shaped that you haven't worked on before and are challenged to complete a model, squad, kill team or army before 2018 winds itself up on New Years' Eve.

I got this message a couple of days ago.

No rush, no pressure.

The closest thing to hand was a handful of minis I bought off eBay ages ago when I was getting excited about Horus Heresy and collected a bunch of ancient models to build a Death Guard army out of; I grabbed a load of RTB-01 Space Marines and 1st Edition Rhinos, Predators etc. I figured it'd make a good force and decided to - as far as possible - stick with vintage minis. Death Guard needed a Mortarion. Mortarion needed a Death Shroud unit. So, I bought a bunch of old plastic Terminators and some Forgeworld Death Shroud scythes. 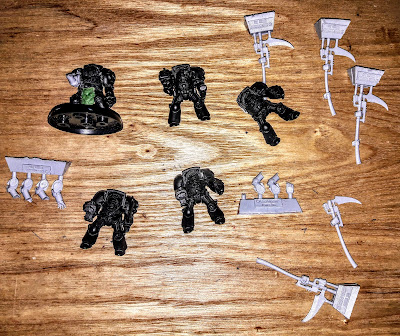 I did a test paintjob on this guy over a year ago, and painted a dreadnought for Dreadtober in 2017. And there the project lay with no further progress. Until now. The terminators are what came to hand when I was invited to join the challenge, so, at the moment they look like this:

As soon as I get a moment, I'll get some texture on the bases and get the spraycan out and then the real work can begin.