I love this model!

I tell you what though: he like falling over. I need to think about that. 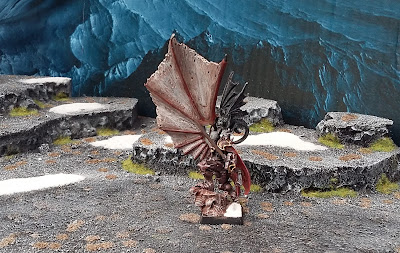 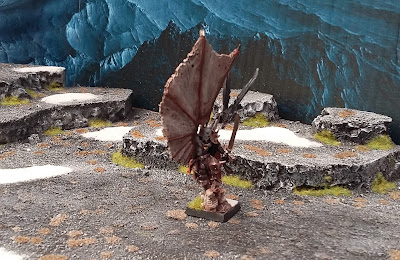 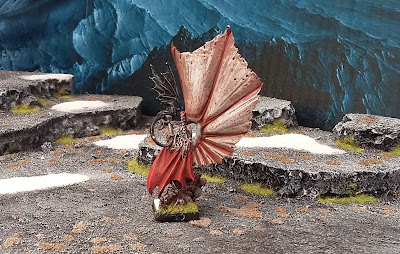 Warboss #1?? Who would want more than one Warboss?

I've also got a "Ghazghkull Thraka" model (and another of these Assault on Black Reach chappies too). My intention is to use the AoBR models as Warbosses when I want to, but to also be able to use them as leaders of Nobz Mobz when Ghazghkull is in charge. 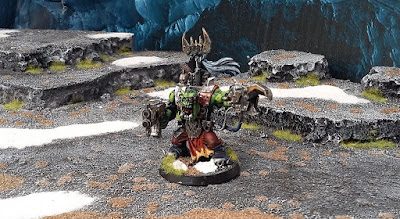 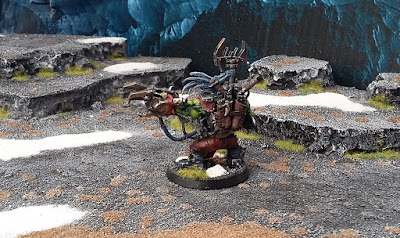 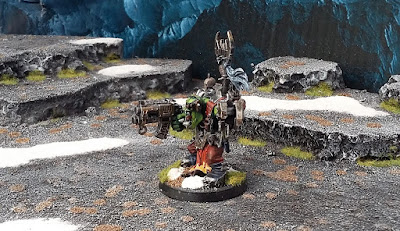 More Ork stuff:
Posted by Dean Kelly at Wargames Wasteland at 00:56 No comments:

Here is the first post for the second of my three new, parallel projects. Alongside the Orks that I posted about last week, I'm building a Vampire Count army.

I've always liked the Varghulf model so I thought I'd start there: 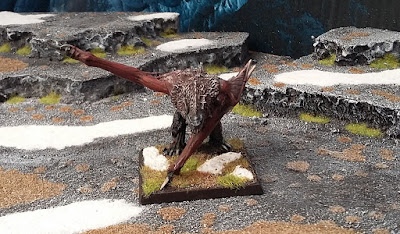 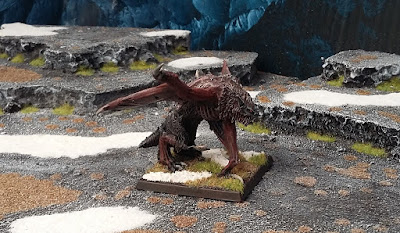 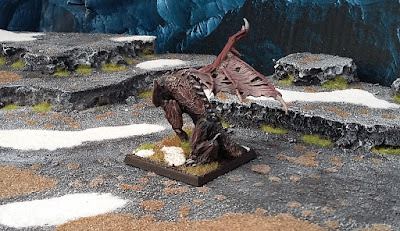 Time to wake myself up with a new project.

I've still got a few marines to update, but I'm finding it hard to stay motivated to work on them so I'm going to mix things up a bit.

I normally do an entire army in one go, but for a change I'm going to juggle three (and maybe take the occasional detour into doing something like a Blood Bowl team along the way).

So let's start with something that's been mouldering in my loft for far too long: Orks!

Here's my first unit - a squad of 12 Boyz from the Black Reach boxed set. 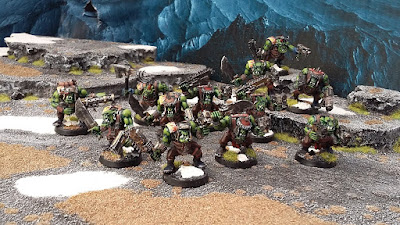 More Ork stuff:
Posted by Dean Kelly at Wargames Wasteland at 09:07 No comments:

Here's the head honcho (terminator variant) of my force.

It's only a matter of time until that Iron Halo falls off, unfortunately. It's already wobbling. 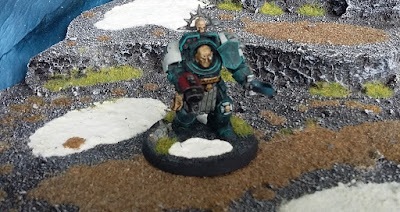