As a final update to this post (Now autumn 2014) I've added a section right at the end - possibly the most important section of all.

I originally wrote this post in the summer of 2013 when I was working hard to get into airbrushing for the first time. Since then (it's now Autumn 2013) I've found and overcome more problems so I thought I'd share them alongside my original findings.

All the newer updates are in cyan text, all the original stuff is in white.

I'll start by saying that I'm no expert on this subject. Not by a long chalk.

I've owned an airbrush for a couple of years now, but the amount of time I've actually logged using it doesn't amount to more than a few hours, and at least 75% of that time I would classify as "getting frustrated" time.

What you need your airbrush to do is the one and only job it was built for - shoot paint evenly. Actually getting the airbrush to do this has been my biggest frustration as an airbrush owner. I've spent far more time failing, getting stressed and wound-up by the airbrush than I have actually achieving results with it so far.

But, that said I have managed to overcome some of those frustrations recently and am starting to get more of a feel for the airbrush. My top tips at the moment are as follows:

How to clean (Refer to the schematic below for names of some of the parts): 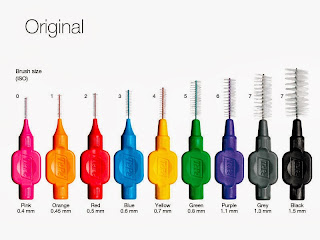 
It looks like a long and complex process to clean an airbrush, but you'll soon get the whole thing down to about 5 mins tops. Also, you'll learn what your brush needs so you won't have to follow the whole process every time.

If you can find a schematic for your particular airbrush, then please refer to it rather than to the one here. This one isn't the diagram for my brush, but for the most part it's a good match (my brush doesn't have a "Crown Needle Cap" for example) and so it's probably a reasonable match for your brush too, but if you can get the exact diagram, all the better.

Maintain your brush (long story, bear with me):

I was working merrily on my Mighty Fortress project a few weeks ago and was finding that the brush was misbehaving. Paint just wouldn't shoot. I'd followed all my own advice from above but was making little headway, so I decided to go for a big clean. This consisted of all the above plus taking the nozzle off and using an interdental brush to clean the channel from the cup to the nozzle and also having a rummage around to see if I could de-gunk the nozzle itself.

What happened was I twisted my nozzle-spanner at an odd angle and broke the nozzle (the conical "front" snapped off the threaded "back"). The thread stayed stuck inside the brush.

I was on the right track though - I could see that there was a buildup of paint inside the nozzle. I ordered some replacements and (for good measure) a new needle too. I got the thread out of the brush by taking the handle off, removing the chucking nut and then using a pin-vice to grip the back-end of the needle. Pushing forward and rotating the needle clockwise (as viewed from the back of the brush) unscrewed the nozzle-thread and it came out nicely. I completed my clean with the interdental brushes and waited for the spares to arrive.

When they did I immediately fitted a new nozzle, put my old needle back in and was very surprised to find two things:
I fiddled and mithered for a while until I resolved to replace the needle. Hey presto - no protruding needle and the brush was shooting well again.

I think what had happened was that the constant flow of paint over the needle had worn it down so it could slide further into the brush than it should. The paint build-up in the old nozzle had mitigated against that slightly, but with the new nozzle in place the old needle just wouldn't function.

One other issue I've had from time to time is that the brush can spit water (not paint!) when you're painting with it. You can be laying out a nice, even layer and all of a sudden "GOB!" and your clean, smooth finish is toast (with spit on).

What this often seems to be is a build-up of water in the host that runs from the compressor. Switch the compressor off, unscrew the air hose from the compressor and lift your airbrush high into the air so the hose falls straight to the ground. You may find water comes out - let it drain completely before you carry on.

As a preventative measure, if using a compressor you will probably find that there's a see-through vessel near where your air-hose attaches. That's a moisture trap. It will have a valve (normally at the bottom) which you can push to allow it to drain. I'd advise pushing that valve open with a tissue after every few minutes work.

By far the best piece of advice I can give became apparent to me recently. I embarked on a totally airbrush-centric project (my Tau army) in order to become as intimately familiar with the airbrush and rid myself of all those last doubts and fears. Total immersion in the tool and so on...

In order to be as ready as possible for it, I did two things:

I cannot underplay the difference it has made to the ease of use I'm now getting from the tool. I point it and pull back the trigger and paint flows! All of the above issues still occur and all the advice is still valid, but the number of times I have to follow my own advice has been massively reduced.

Almost all the frustration has gone - I'm finally really enjoying using my airbrush!

Posted by Dean Kelly at Wargames Wasteland at 09:30